This issue cropped up after the 2021-03-08 Stable Update. When I attempt to connect my Bluetooth keyboard (Lenovo ThinkPad Trackpoint II) via the GNOME settings panel, Bluetooth shows the keyboard as connected, but then immediately refreshes with a “Bluetooth Turned Off” message. 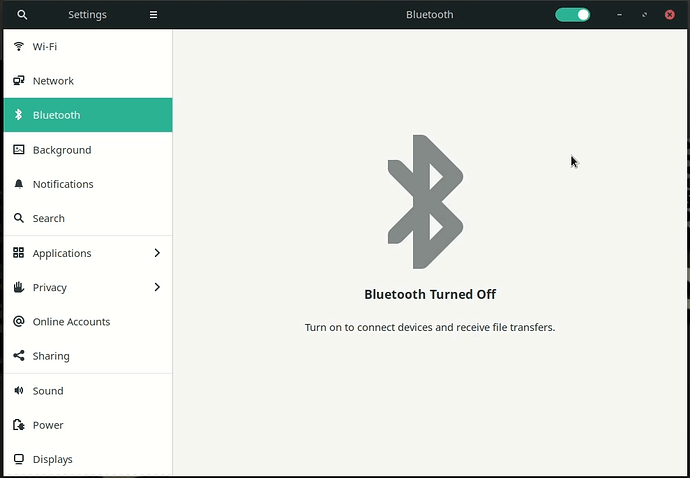 However, even as this message is displayed, my other Bluetooth devices remain active, indicating that despite what the message is saying, Bluetooth remains on. The keyboard does not work, however.

Finally, since all this is tricky to describe, I created a two-minute screencast showing how the interface is behaving.

Any help would be greatly appreciated!

Though I never found out specifically what caused it, this issue appears to be resolved after the 2021-04-18 Stable Update. I will update the thread if it crops up again.