Libreoffice is not loading , i am getting this message:

Gtk-Message: 11:15:50.869: Failed to load module "appmenu-gtk-module"
Any idea to fix this ??
Edit : I installed that module but even after that it is not opening

As it turns out , it was some bugs in the official version , flatpak version opened without any problems

Which version of Libreoffice ?

The actual problem with your LibreOffice installation has not been solved, so how can installing the flatpak version be the solution?

i don’t know but the issue is now gone

Well, the actual problem is not gone, as it has not been solved, it just does not occur (anymore) in connection with the flatpak version. But if that doesn’t bother you, then it’s fine with me.

Does the error message still occur when you start the official version?

Flatpak version looks ugly , so i reinstalled official one again so far no problem

It is opening but this line comes now . I don’t know what is the issue here

Hmm , Colibre is applying but its SVG variant is not or it is taking more time. Any idea why is that happening??

Also Can anyone confirm with my doubt , Is carlito and calibri font same ?? Calibri is not rendering properly but carlito looks similar to calibri and when i edited in office web jak it is showing as calibri light

Well, Carlito and Calibri are not the same, but Carlito serves as an open source substitute for Calibri. Check out the following Wikipedia article on Croscore and Crosextra fonts. By the way, both of them can also be found in the Manjaro repos. 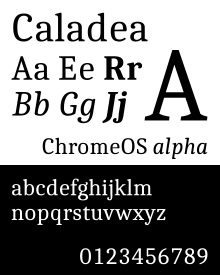 The Chrome OS core fonts, also known as the Croscore fonts, are a collection of three TrueType font families: Arimo (sans-serif), Tinos (serif) and Cousine (monospace). These fonts are metrically compatible with Monotype Corporation’s Arial, Times New Roman, and Courier New, the most commonly used fonts on Microsoft Windows, for which they are intended as open-source substitutes. Google licenses these fonts from Ascender Corporation under the Apache License 2.0. The fonts were originally develo...

I understand why carlito is there

, calibri is just horrible in libreoffice