I don’t know if this behaviour is intended or a software limitation, but for some reason I cannot capture the cursor in rectangle screenshots as the option is just dimmed out while on full-screen screenshots it works just fine: 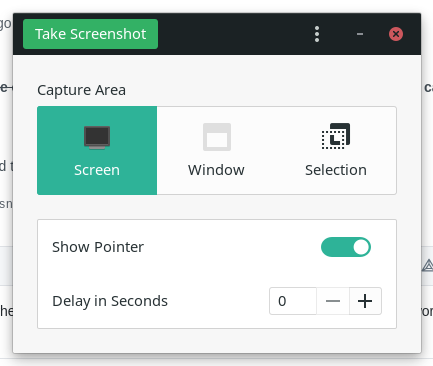 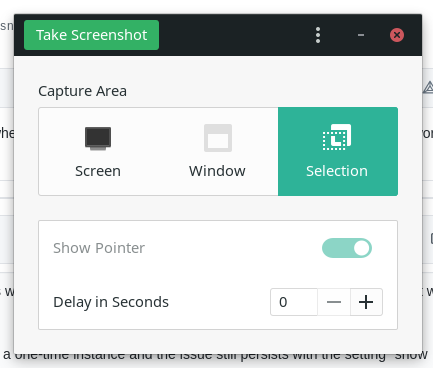 Following up on an issue which also happens with a 3rd party screenshot tool.

Shutter is a much better choice… the project has been revitalized and ported to GTK3. Although right now it is only in the AUR, the team is working on getting it into the repos.

Select the latest version, as of this writing, it is 0.97

Sounds like the only option is to install my distro

I have it in my repo… 0.97
Well, I hope that is resolved soon, it really is the best screenshot tool in Linux.

Even Flameshot doesn’t support it but flameshot is just way better than whatever I was using before.