There doesn’t seem to be be a single Desktop app that Windows or Apple doesn’t also have. And the programs that do work on Linux is sketchy and not well known, because if it’s not FOSS then it’s not promoted. There’s a list on Wikipedia but it’s not accurate, such when it says ‘DaVinci Resolve 16’ works even though it doesn’t.

So I propose that we make our own list that includes the non-FOSS programs, which we can include on the wiki under “Software Management / Applications”

We should also make a separate category for Command Line Programs. This is important because the true benifit of Linux, aside from being more secure, comes from it’s CLT software, such as youtube-dl, LaTeX, vim, ect…

I was also thinking of including a list of software that only works on Windows 10, so people know whether they’ll need to dual-boot. But it’d be so huge compared to Linux that it’d be pointless.

I’ll start with this:

And then organise it into a table that makes use of most space on the page. Perhaps we should also mention which ‘outlet’ the application comes from (snap, flatpak, aur?)

it will not be easy for visual studio

Really? I just downloaded it from the pamac manager.

I don’t bother with the AUR programs. They were made for Arch and whenever I tried to use them, they simply wouldn’t work.

No issues here with programs from the AUR enabled through Pamac or when using the PKGBUILD files and installing via that method. Most have worked for me and even when they do not work, a slight modification to the PKGBUILD will get it working. Usually the maintainers are very prompt in fixing whatever issue might exist with the PKGBUILD. You can contact them directly on the appropriate package page at aur.archlinux.org. I wouldn’t mention Manjaro there as Manjaro is NOT Arch, it is based on Arch.

Try alternativeto.net for software that might be cross compatible.

I tried to use them, they simply wouldn’t work.

Well, that’s why we have the #support:aur section of our forum. If you have trouble, let us know if we can help.

I don’t really believe it’s necessary to make a big list on what apps only works on Windows 10. That’s up to the user to figure out if there is Linux support for their program. Just like when an iOS user switches to Android, they have to figure out of their iPhone app is supported on Android.

AlternativeTo is a great place to see if the program is supported on certain operating systems, or to find alternatives to that program.

The Arch Wiki also has a big list of programs available on Linux, all organized for the users.

I already said that creating a list of apps that only work on Windows 10 was pointless. The point was to advertise the FOSS and non-FOSS software that also works on Linux. When someone boots up Linux and looks at pamac, they only see a small scope of what’s available.

But seeing as there’s already a categorised list on alternativeto .net it makes this much easier. In this case, all we need to do is mention in the link in the “Software Management / Applications” section.

The list on the (archlinux .org List_of_applications) could be… better. It looks more like programming sheet with indention than a branched list. Perhaps its just the limitations of their website. Nonetheless, it’s important to show their link as well.

I can’t actually edit the wiki myself, so I need someone to do it for me.

P.S.
This restriction on pictures and links is infuriating.

Apparently I misunderstood your intent. I suggest creating a #site-feedback:WIKI post. Later perhaps it could be added to the Manjaro Wiki.

The list on the Arch Wiki could be… better

How about this one? 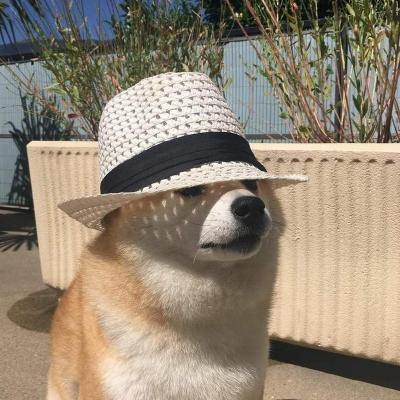 A list of awesome applications, software, tools and other materials for Linux distros. - luong-komorebi/Awesome-Linux-Software

Are we done here? I’m not sure what else this thread has to offer. What you propose already exists all over the internet. Again, you’re free to curate your own anytime, anywhere.

This is the largest collection of software recommendations. The collection includes hundreds of articles. Free and open source software.