OK I wanted to initially ask if this was a bug or not, I can’t properly remember, but apparently you can remove the running kernel from Manjaro Settings. I was pretty sure this was grayed out before, but can’t find a way to confirm. So I’m asking here, was it always the case or is it a bug?

If it is a bug then OK this needs to be reported and this thread can be closed.

If it is not a bug I think this is critical to block users from removing the running Kernel in Manjaro Settings application, and ask for this feature to be implemented.

Is another kernel is installed besides the running one you want to remove?

If you are installing another kernel then you can add rmc

Is another kernel is installed besides the running one you want to remove?

For me yes, for someone else no I don’t think so.

So about Manjaro Settings then? Is it normal that you can remove the current Kernel, or not?
Look what I’ve done, what do you think will happen if I remove the remaining kernel now? 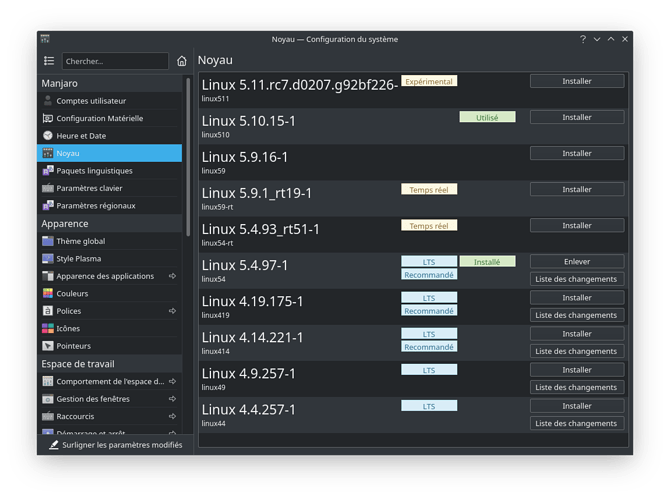 I tried, it works I can remove it, but it actually stops because of virtual box which needs its modules, but let say I don’t have virtual box… 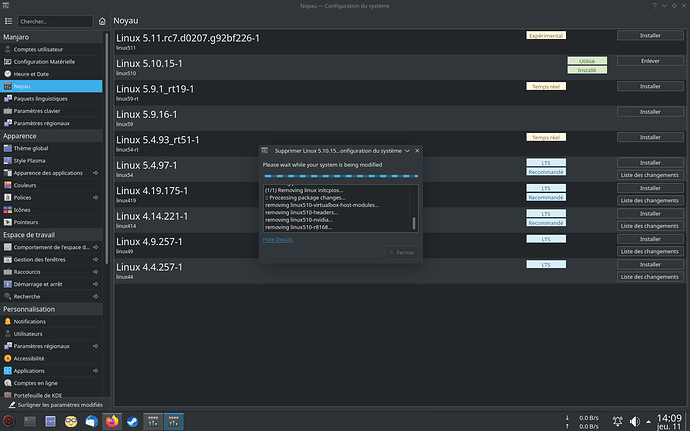 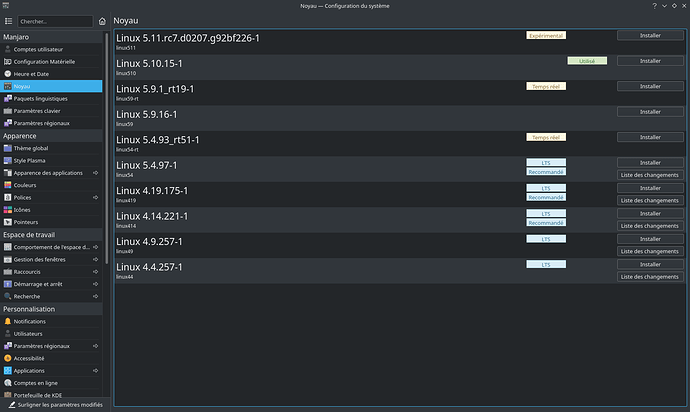 If I reboot now, it is game over.

And this’ why I’ll always have a kernel installed that I don’t tamper with.

Yes YOU know things, but this is not the point

The issue here is that it is possible, in the graphical tool, which is more than likely used by noobs, when apparently the command line tool prevents you from doing that. Sure you can decide to not do it, but it is possible.

So the real question here, is it a bug in Manjaro Settings, is it intended (I don’t think so)?

If bug I’ll report it or someone will, if not a bug then I don’t see why it allows it, it shouldn’t in my opinion.

PS: hehe yeah I’m not rebooting, I already reinstalled my kernel I’m not that dumb.

PS: hehe yeah I’m not rebooting, I already reinstalled my kernel I’m not that dumb.

Can see you have a very reliable power supply. Sadly, we don’t. And that’s why I won’t tempt fate like that.

Just checking if someone at Manjaro cares about what seems to me to be an issue, I see I can still remove my currently running kernel in the GUI. 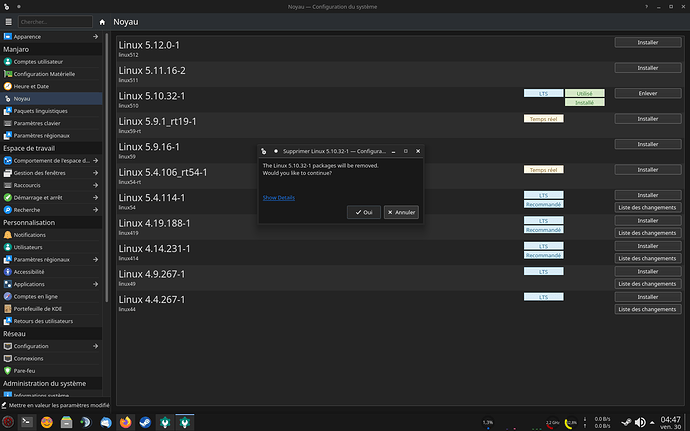