Responsible use of AUR

With reference to an earlier thread - drifting out of hand

It appears that Manjaro users are still seeing AUR as something to be used without reflection.

Topics like below emphasizes that members of this forum does not realize that AUR scripts are unsupported.

While AUR is a nice collection of scripts you shouldn’t depend on using unsupported software.

DISCLAIMER: AUR packages are user produced content. Any use of the provided files is at your own risk. - https://aur.archlinux.org/

Use the AUR at your own risk!
No support will be provided by the Manjaro team for any issues that may arise relating to software installations from the AUR. When Manjaro is updated, AUR packages might stop working. This is not a Manjaro issue - Arch User Repository - Manjaro

When that happens, there is a simple, three point checklist you can follow:

i think it would be fair to say that most users depend on pamac as an AUR helper. i’m not sure but recently i get to know that rather than poking AUR everytime there is a query, pamac now feeds off a database. and the database is only updated periodically. if this is true, i think it would be best to educate everyone, why some AUR updates are shown delayed, for sanity’s sake.

We are working with upstream to improve it: 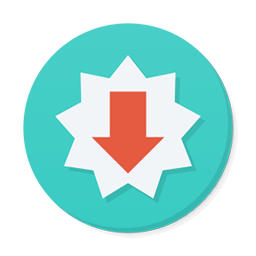 Hello Pamac developers, We (the AUR development team) are in the process of finalizing a new metadata archive. This kind of archive gives people the ability...

Hello pamac, AUR developer here. We are running into an issue again with the amount of traffic used to maintain pamac's usage of the AUR, and...

I found it’s weird that Manjaro team seems treating AUR with an attitude of contradiction. While pamac tries very hard to improve its AUR-related functions, the users have been warned very often by the team that AUR is not supported by pamac (or by Manjaro in general).
As an AUR user, I completely understand that I take my own risk using AUR on my computer. What I, as an AUR user, ask for is a reliable way to manage AUR packages instead of getting hands dirty and building the software to /use/local. If Manjaro doesn’t want to support AUR, why not just strip its support from pamac and ask the users to go for yay or something else? I hope I’m the only one who feels this contradiction.

Providing an AUR helper is not the same as endorsing any’n’all usage.

Like any tool you need to know where, when and how to use it. The forum and wiki is plastered with statements about the unsupported nature of AUR.

But it seems that users tend to think - oh well - pamac is also an AUR helper - then building packages using AUR is supported by Manjaro.

I see the contradiction as well - nevertheless - the statements quoted in the OP has been part of Manjaro since day one.

What is even more important with relation to Manjaro - AUR build scripts is all created with Arch in mind - which makes it necessary to - from time to time - to remind all forum members and raise awareness of the fact that AUR is unsupported territory.

Even this very category bears the leading topic

About the AUR category

This category is for getting help with AUR packages. Be aware that AUR packages are not an official part of Manjaro, they are maintained by AUR community members, are not checked, and may break your system.

…but manjaro invited all the noobs and the ease of using pamac is misleading. When enabling AUR in pamac, there is no warning no disclaimer that you are leaving the save zone, being responisible and on your own, you just turn it on…(manjaro has to force them to read a disclaimer).

…give an idiot a gun and see what happens (is this really the core of the problem ?)

It is manjaros RESPONSIBILITY to make it save and clear (and a bit harder for noobs).

in joyful expectation of the next clownface emoji
banjo

I know you all are going to censor this. Go ahead.

I flagged your post before you insult Manjaro team members again for nothing, I accept PMs.

You can only say it so many times - and where does it change from information/warning and turns into babysitting?

When enabling AUR in pamac, there is no warning no disclaimer that you are leaving the save zone, being responisible and on your own, you just turn it on…(manjaro has to force them to read a disclaimer). 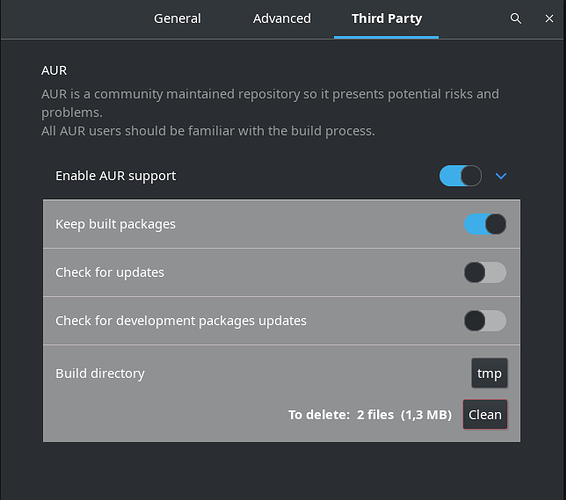 An example of babysitting done by Microsoft

With Windows - when downloading an installer-exe-file you are presented with 3 negative prompts before you can save the downloaded file. And you are prompted again when you launch the installer.

A disclaimer is a good idea!

I have to agree. The team should finish or remove the AUR handling.

Now that’s a funny coindidence.
I started playing with my own implementation of the /rpc API a couple of days ago

Sure I guess. I’ll keep that in mind the next time I’m told to rollback my system clock

I am sure you love it when your husband(s)/wife(s)/girlfriend(s)/friend(s)/boyfriend(s) pull up incidents from years back - just to entertain and tell everyone how big a jerk you were at that point in time.

With Pamac we try to include all given package formats and tread them equally. That is why Pamac supports ALPM, AUR, Flatpak and Snaps. AUR is included in the base Pamac and Flatpak and Snaps are optional plugins. AUR is more or less an extensions to the regular ALPM format - the ALPM - ArchLinux Package Manager backend library.

Pamac added a global search, which we had to drop, due to too many requests. Depending on the new features we add, the AUR goes down. This only shows that Manjaro and all the 3rd-party distros based on Arch, who use Pamac as their graphical package manager, created that issue, as we offer easy usability similar to the binary packages. So the problem is not only on our side.

The AURWEB was not designed for this high demand. You can assume the Ubuntu days might be over as many new users start to switch to some Arch-based distro. 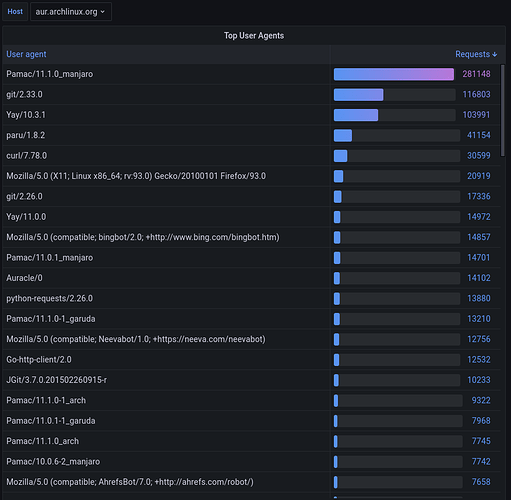 image877×858 74.6 KB
A 6 hrs time span of AUR requests by Pamac when we added global search with suggestions from 4 months ago

So with the upcoming changes on AUR Metadata Archive (live) (#1161) · Issues · Applications / pamac · GitLab and upcoming RPC changes are all been done together to improve things with AUR usage for our user community and the wider Arch user community using our graphical package manager Pamac to serve an easy and simple platform to access Software for anyone with all possible package formats out there.

You can assume the Ubuntu days might be over as many new users start to switch to some Arch-based distro.

The fact that a lot of gaming enthusiats are looking towards Arch and Archbased distributions is yet another good reason to emphasize the unsupported nature of AUR scripts.

Users entering the world of Arch based distributions must know how to act when it comes to the AUR helper side of Pamac or any other AUR helper for that matter.

Pamac is a flexible multifactted tool and users need to be educated on how to use it - especially when it comes to AUR scripts.

But you don’t get a warning that says “enabling AUR support - especially updates - can severely impact the availability of the service as a whole”.

Like if I hadn’t read that other thread by chance I wouldn’t know that everything is apparently dependent on one server that can go down rather easily. And as a casual/new user when I use a tool that is officially supplied by the developers I don’t expect to be part of a DDOS problem when enabling some settings.

Again, that is just my view as one of those new users.

Something could be added in Pamac when the AUR is enabled, a popup with links to documentation, threads, and a I understand button. So at least people wouldn’t reject the fault of their ignorance on Manjaro’s back.

but not telling them they can break the whole service

No one knew that until recently - fairly recently - I don’t remember the exact point in time. Just checked Q4-2021 Please refer the link to gitlab in @philm’s comment above.

Not even Arch aurdev team knew until the service began to suffer.

Even then it was not obvious what caused it - anyway the gitlab repo is a great time machine for the efforts done by Manjaro team working with Arch.

then “blaming” them for not knowing

I noted the quotation but know this - there is no casting blame in any the topics on Manjaro’s usage of AUR - only calls to treat the AUR resource nicely when using it because it is an easy newcomer friendly way to get applications not otherwise avaialable.

It is a callout to remind that AUR is not an extension to Manjaro - it is a thirdparty tool which may or may not work - and to that end entirely unsupported.

You can only say it so many times - and where does it change from information/warning and turns into babysitting?

I agree with @banjo here. The root cause of the problem is because Manjaro promoted itself as a user-friendly distro when it’s not. And thus, so many Linux beginners come to Manjaro because of this. Then they start to enable AUR without knowing the deep implications that can occur. To be honest, for me this is Manjaro irresponsibility.

An example of babysitting done by Microsoft

With Windows - when downloading an installer-exe-file you are presented with 3 negative prompts before you can save the downloaded file. And you are prompted again when you launch the installer.

Why babysitting ? That’s a valid security measure, to remind users of potential danger. That’s what it means to be user-friendly. Doesn’t sudo try to achieve the same security ? For me, this seems tobe your bias hating Windows (I don’t like Windows …, but at least I still acknowledge some of the good part of the Windows OS).

That is going off-topic.

For me, this seems tobe your bias hating Windows

Where do read that? I develop software on and for the Windows platform - please, don’t make any assumptions on my behalf.

It is an example of being challenged for the same action 4 times - and in the process requring the user to - 4 times - actively choose to continue - one click on the wrong button - you have to start over?

The question is - when does a security measure become babysitting?

Imagine if Pamac asked the same question 4 times for each AUR script - not to mention if the script has dependencies on other AUR scripts - you get the point I am sure.

It seems to be a touchy subject - very emotional to some - logic says - close before it goes completely awry.