Are these multiple copies of same file with different version?

I have recently swiched to Manjaro (June 22). When browsing through the /usr/lib on my system, I found that there are many file with similar names but appear to be of different version (different suffix). I am not sure if this is normal or my system has an issue. I move away from stable to unstable about 2 week back.
I am using manjaro unstable version with no major issues so far. 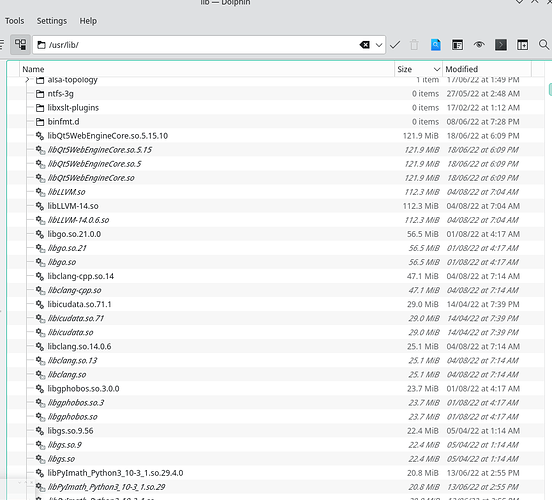 My system specs are

I am not facing any issue on my system as such but wanted an advice if everything is OK.

Yes, they are. AFAIK anyway.
You don’t need to worry if you’re not experiencing any issues.

Also, just FYI, you shouldn’t ever touch a file in the /usr directory as those are system files and will be overwritten on an update.

Thanks @Mirdarthos.
I have not touched any files in /usr but out curiousity was browsing the folder as to what files occupy huge space. I was relating them to Kernel version 5.15 and hence the query.

Curiosity is good and you should always stay curious. I just mentioned it so that you can keep it in mind in the future.

The same files are not multiple identical copies, but they are symbolic links .

Thanks @Zesko.
Now I understand the real story.

Make sure to check out filelight for checking out how the volume of storage is distributed.

The more interesting ones tend to be .cache folders (with Plex, I know, it can be really huge) but usually, not too much needs cleaning up.

if the arrow points up you’ll see the bigger items at the top.

I think arrow pointing downwards leads to decending sort order and it is correctly shown if you see the list.

Agree with you which I missed due to smaller font size.

I think arrow pointing downwards leads to decending sort order and it is correctly shown if you see the list.

Haha wow, that’s strange. I was bamboozled by the empty folders at the top… however, my arrow pointing UP means bigger at the top… and I never saw an app where that was different. 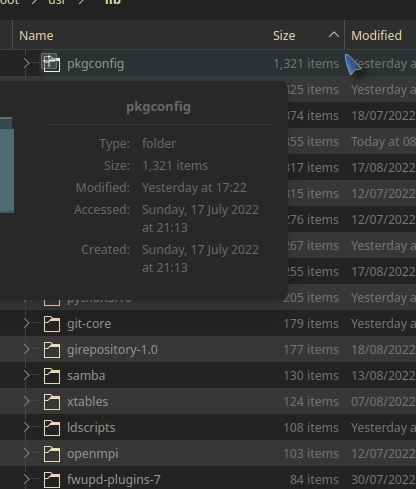 I was bamboozled by the empty folders at the top

That is not the complete list. I just took the image of files. The folder list (truncated) is given below

Yes It is Dolphin App an inbuilt filemanager for Manjaro-KDE. 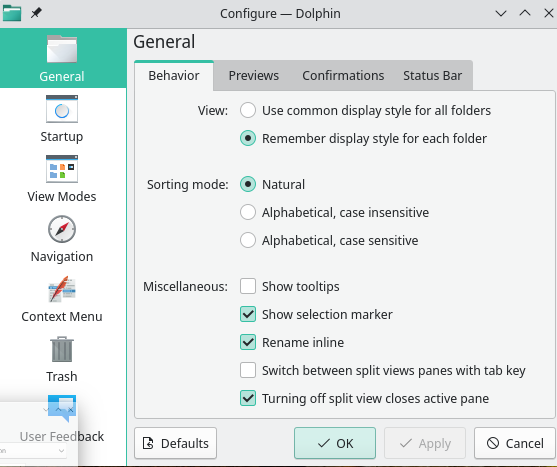 And here is the file list with arrow pointing downwards. 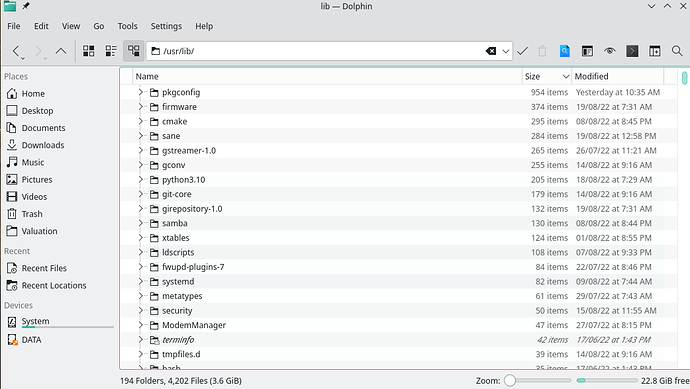 Reason to amuse or some thing else

Reason to amuse or some thing else

I just noticed. Actually, with a ‘triangle’ or pointer, the wide end should be for larger entries - so pointing down for large files at the top makes more sense.

It seems my Dolphin - also my qBittorrent - are opposite. Not a big deal, it’s a strange inconsistency that just freaked me out…

I have now tracked it down to the application style, not only Lightly, but also Oxygen and Fusion go the opposite way.