Applications are not displayed in the virtual desktop grid

For example, the image in attachment is a copy of the desktop grid knowing that there are applications open on the first 3 desktops

How can solve this issue ?
Thanks 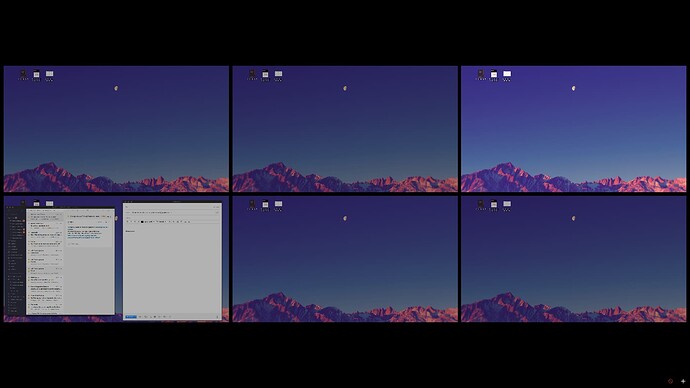 Looks like an old KDE bug that somehow got resurrected again. I used to have that too, but only with a few applications, and only if they were the only application on that particular desktop. Then the bug got fixed a few versions later.

At the moment, I myself am not experiencing that bug anymore, but given that you’ve stumbled upon it, it still exists, and it’s obviously situated in the code for the compositor.

For me, this for a lot of applications : Brave, Chrome, Visual studio, Terminal, Setting, …
Do you see some workaround ? Maybe Wayland ?

Do you see some workaround ?

A workaround, as in “another way to quickly switch to an application on another virtual desktop”, yes…: add the Window List widget to your panel ─ it’s in the preinstalled list of widgets. It shows a menu of all your running applications, on all virtual desktops and in all activities.

Wayland has its own issues, and in my personal opinion ─ although I know that others will disagree ─ it’s still not ready for production use. It’s a work in progress.