I’m a big fan of Manjaro and I stumbled upon this discussion about possible support for Apple Silicon:

As I understand the ARM team would be able to create an .iso file for the M1/Apple Silicon architecture, depending on the progress of the Asahi project. I would love to use Manjaro on my M1 MacBook Pro using Parallels.

Searching for a solution beyond Manjaro I found two different resources that enabled me to run both an Arch and Arch-based VM (Arch and endeavourOS).

This article in the ArchWiki about Parallels provided a link to a plain image:

If I’m not mistaken the latter matches GeekPower0’s method explained in the answers to the original thread in this forum.

So does this mean support for Apple Silicon is within reach or am I mistaken and the Arch/Arch-based VMs I ran do not compare to a clean install with a live-iso etc.?

Thanks and have a nice weekend!

—————
I was unable to share the links in my post. Any feedback would be appreciated, so that you can check the resources yourself

Hello and welcome to Manjaro Forum.

So does this mean support for Apple Silicon is within reach or am I mistaken and the Arch/Arch-based VMs I ran do not compare to a clean install with a live-iso etc.?

Linux support for M1 is coming but idk the status about bootloader which is needed to make other OS boot on that hardware.

You can run Manjaro ARM OS on VM like any other OS you just need to manually start it for now until UEFI images are ready of Manjaro ARM.

Running Linux on Native hardware is the goal but this will take long time, lets hope it comes in soon.

You can run Manjaro ARM OS on VM like any other OS you just need to manually start it for now until UEFI images are ready of Manjaro ARM.

Sorry, my questions are not about the M1, but vm

Pick any image and use it in vm. Only thing you need to do in make it bootable either add uefi and grub to it or just boot it with manual command from efi shell.

Yes cause all images are built using qemu itself but the files used for qemu are removed so you might have to add them depending on what host arch you plan to use.

Hi, I’m using manjaro on M1 using the asahi kernel/boot chain since December last year. I did that just manually from a rpi ARM64 image.

With the release of the alpha installer for asahi, it would now be quite simple to support Manjaro on M1. Also since the reference distro is Arch linux, and the PKGBUILDs, ALARM builder and and installer are available on github: 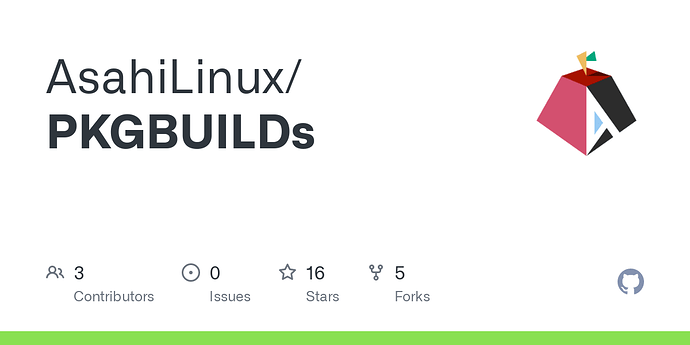 Contribute to AsahiLinux/PKGBUILDs development by creating an account on GitHub. 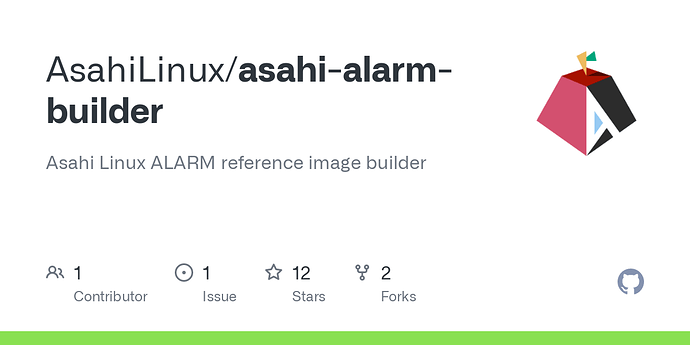 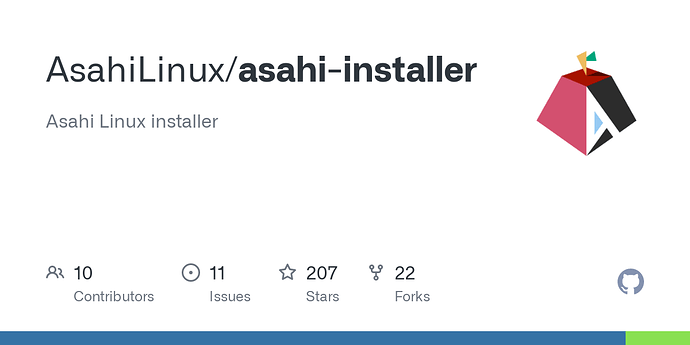 Asahi Linux installer. Contribute to AsahiLinux/asahi-installer development by creating an account on GitHub.

Is there any dev that wants to work with me to make Manjaro a supported option? I’ve been following the IRC channels and have some knowledge about the boot chain etc.

Thanks for your interest.

The main concern about getting Manjaro ARM on the M1 is the boot process. What is needed on our image to have the M1 automatically boot from the image instead of MacOS?

According to the M1N1 project the user needs to run a complicated command to even get to the bootloader, which is even a special project.

Also, does it require that MacOS is still present on the device? If so, that’s not really what we are looking for.

PS: On Linux Unplugged 450, Chris and Wes tried to install Asahi on a Macbook M1 Air, but it failed even shrinking the MacOS partition, so that leads me to believe it’s not ready yet. Especially if it still requires MacOS to be installed.

I would love to hear about your experiences with Linux on the M1.

On the other hand we need devices to test and play with to see how much work is needed.

I am still looking for a cheap device but everything is expensive when it a product from the fruit company.

The first alpha has been released 2 days ago The first Asahi Linux Alpha Release is here! - Asahi Linux

Maybe you gift it to me?

well, it used to be hard, now it’s quite straightforward. A problem you can run into is timemachine backups that clog the disk. If you remove those, resizing the apfs container works without issue. Yes, macOS needs to stay on the system to be able to upgrade the firmware (which comes with macOS updates - for now). I’m a little confused why this would be a problem? Many manjaro users dual boot with windows I guess. On my main desktop I have manjaro, macOS (hackintosh), freeBSD and even windows (just to see if I could ;-)).

The asahi installer takes care of the bootchain from iBoot2 → m1n1 → u-boot → grub. It then creates 2 linux partitions, 1 EFI system partition that has the grub.efi, and 1 root partition for the rest. I’ve been using manjaro on my macbook air since December, and the last few weeks, most pieces are in place (hence the first release).

Edit:
BTW, the native macOS boot picker still works, so I have my machine set to default boot into linux, if I want macOS, I just keep pressing power until it shows me the option to boot macOS (or recovery).

well, you can, but then you can never upgrade the firmware. Of course it’s always possible to restore macOS later via DFU, but right now it’s not recommended to remove macOS. Main reason is you can not host apple IP anywhere else, so the installer downloads portions of the macOS installer for the stub partition from apple servers (legal reasons).

It’s just fantastic. Everything flies, and most stuff just works. I’ve been using it as daily driver for several months. These days I only reboot in macOS if I need the webcam. I need vscode, so I had to compile the kernel with 4k pages (and a separate patch to allow that on the M1 iommu). I installed manjaro manually from a rpi arm64 image, so not using the asahi reference distro (arch linux). I can provide a tarball with a rootfs.

Great news that you find it stable enough for a daily driver, sounds like the project is further along than I thought. I have been putting off buying a mini, seems like it is time to get one. I may hit you up on the filesystem once I have it in hand.

if you install the asahi reference distro you get arch linux, so not that different I guess, the extra manjaro stuff is not useful anyway as long as we need custom kernels (i.e. not upstreamed yet). That said, you’re welcome to ask my rootfs or any help. Also in #asahi on OFTC the people are very helpful, so if I’m not around, you can ask there. A week ago it was pretty quiet in there with only the devs and a few early testers like me, but now it’s quite crowded

Especially if it still requires MacOS to be installed.

I doubt this will change. You’ll at least will need macOS to update the firmware… Maybe there will be some utility to download image and only update firmware though I’m not too sure.

I acquired an 8GB/256GB M1 Mac Mini and installed the Asahi Desktop, it went smoothly and it seems to work pretty well. For me, the partition shrinking did not take the hour that Jeff Geerling reported, maybe 15 min. So you can add me to the

But we wouldn’t be able to create an image for it, right? Just an installer script to be run from MacOS?