After months of switching to KDE Neon, I'm back on Manjaro 👋

Never, ever use snaps. They are the devil "proprietary crap".

Well I'm serious. Manjaro and Arch repositories together have a lot more solutions in the Official, AUR + Flatpak's.

Sadly... Ubuntu have a big partnership with Microsoft from some time now. That's comercial software controlled for the giants.

We need to fight to stay clean in that department.

Glad you are back.

Are you kidding???? snap??????? Is it really something to talk about them??? I'm not touching them even with a stick.
The official repos and some ppa for my kde neon, the official repos and aur for my manjaro, there're gonna be enough for me, if someday i have some problem surely gonna choose appimage over snap or flatpack or wathever

While I agree the current state of Snaps don't fit well within the Linux ethos of FOSS, I'd like to give Canonical the benefit of the doubt and hope they make strides to make that app ecosystem more open. Like I stated previously, I see the appeal/convenience of snaps, but I totally understand why people dislike them, whether it be for their issues/bugginess or the services closed-souce nature. Glad to be back!

For some apps, like Authy for example, they're almost unavoidable (except on Manjaro through the AUR) as the developers only officially deploy that app through Snapcraft.io. That's partially my biggest gripe of Ubuntu; Sure, Linux Mint and other distro's like Pop_OS! either remove snapd entirely or provide alternatives to snap packages in their store, but for the most part, a lot of software is only available via snapd on those derivatives, and I don't see that changing anytime soon. I'm definitely happy to be back, have the option not to use snaps, and be able to find usually snap-exclusive apps packaged up in the AUR (like Authy). Cheers!

What i don't like about snap is the preferential treatment canonical's give them, almost force all user to use them. I don't gonna talk about the packaging,close-source,etc. For me linux is OPTIONS, if you take away that from me, you loose me. Like a said before I'm using manjaro and kde neon, if anyone of this distros do the same as canonical, well, I'm already said it.

That totally makes sense, and definitely echoes my sentiment regarding Canonical, Ubuntu, and the direction of their projects and what that means for the Linux community as a whole.

Mint already start with Debian
Linux Mint 4 "Debbie"
I'm not fan of mint, but digging in some articles Mint is not happy with the new "politic style" of Canonical with their snaps. (Yes, now you need permission of Canonical or some agreement).
Pop OS! sooner or later stays on flatpak side only.

Things that i found in Repos that are not available in Ubuntu's world
SubtitleEdit
AppImageLauncher
And many more.

Yes, I've read a lot about the Mint team's unhappiness with Canonical surround snaps and their policies, and while I may not have as strong of an opinion, I get where they're coming from. As for Pop_OS!, I've appreciated their changes to their software center to display different versions of software; Have they confirmed they will be switching to only flatpaks over snaps? Cheers!

Yes, I agree, in general in the community the change of Canonical and the direction it is taking has not been well received. It is possible, but not a guarantee, that together with MS they can make good money by closing the gap of their snaps.
"The snap store" I think is more harmful than MS's in terms of "quantity". Tragically the work of many free software developers will receive nothing for that.

What I meant is that the smart thing would be that Pop_OS! move in that direction too, to become independent of Canonical and its snaps.

Luckily for us, Manjaro is on the right track. I'm pretty sure we won't see a snap container here ever: D 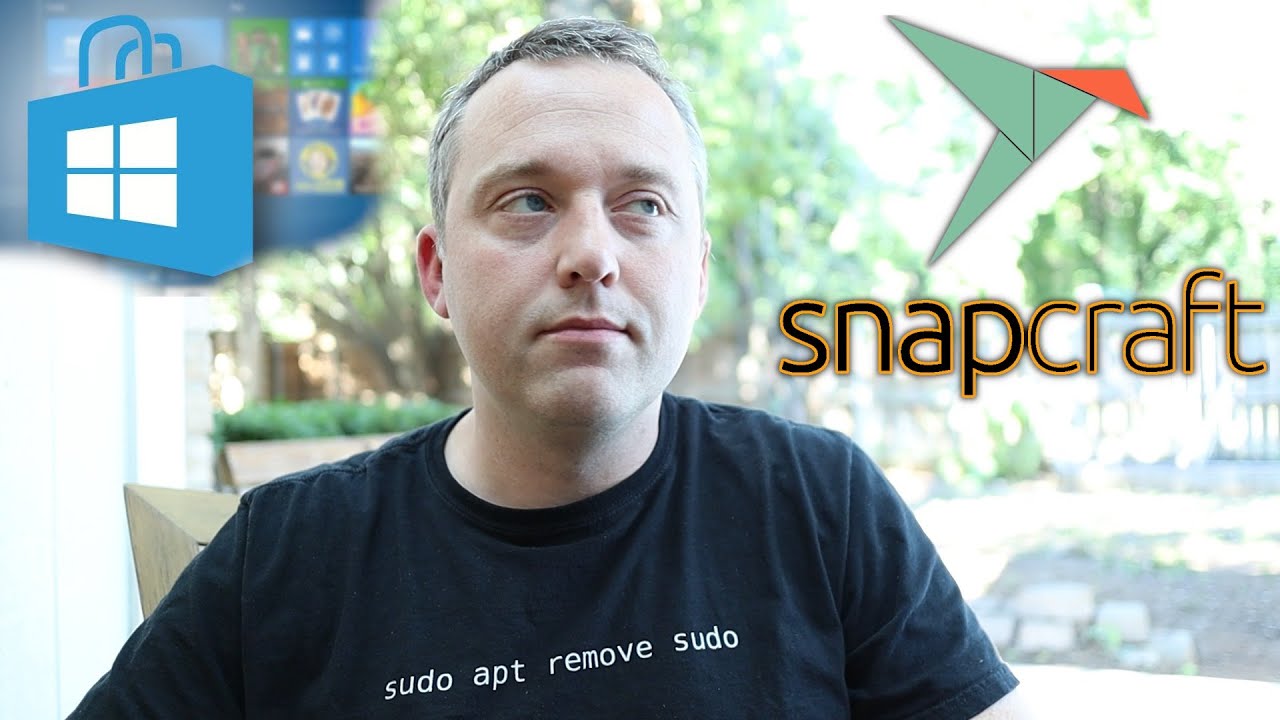 Well said! And yeah, I subscribe to Chris Titus and watched that video, and he has really solid points; That video was honestly one of the things that pushed me over the edge in stopping my use of snaps.

Luckily for us, Manjaro is on the right track. I'm pretty sure we won't see a snap container here ever: D

snapd is installed by default in Manjaro in the full iso. I don't know if it's in the minimal iso as well. Just an FYI. You don't necessarily need to enable it in pamac, but it will be available via terminal unless you remove snap and disable the services associated with it.

I don't have/use snap in any fashion on either of my computers.

TL;DR: KDE Neon is an excellent distribution that's being hampered by its Ubuntu base when it comes to software. Manjaro KDE may not be as stable, but it doesn't suffer from the software issues that plague Ubuntu, namely an over-reliance on Snaps and having to reinstall your entire system every two years.

I've been an avid user of KDE Neon for well over 2 years. It's an excellent non-distribution that does arguably the best job at showcasing what the KDE Plasma desktop has to offer in this unfortunate sea of GTK/GNOME mess that is Linux. KDE Neon is by far the most stable version of Plasma you will ever find in Linux, period! You will never hear me speak bad about KDE Neon!

That being said, like you, I just switched back to Manjaro KDE for the exact same reasons as you did: the Ubuntu base has become over-reliant on Snap applications! Don't get me wrong, I love the idea of Snaps. I've been using Linux for over 23 years and I am tired of distributions creating their own packaging formats or their own variations of other packaging formats. It's gotten out of hand! We need a common package format that developers can write to, so we can get high quality applications, both proprietary and open source, on all Linux distributions quicker. The problems with Snaps are that they are terribly slow and they don't conform to your desktop's theme. If Ubuntu can fix these issues, Snaps will be great. Until then, they shouldn't force them on users; especially for system applications and libraries.

I have Manjaro KDE installed on my Surface Pro 4 (typing from it now). Switching back to Manjaro KDE did not come without some cost. The first being stability. I've spent the last two days working around bugs in Manjaro KDE that are simply not present in KDE Neon:

-I've used the Onboard virtual keyboard, with the auto-show while editing text and typing assistance (word suggestion) options on for the last two years in KDE Neon. I found out, after some trial and error, that having these options on crash the KDE Plasma System Settings application in Manjaro KDE. This is because these options rely on GNOME accessibility, and instead of ignoring this like KDE Neon does, Manjaro KDE freaks out and crashes the System Settings application. Turning the option off fixes it. There is a bug report in on this, but nobody seems to be working on it.

-I had a ton of stability issues with the Intel graphics driver and the HD 520 iGPU in my Surface Pro 4's Skylake processor. This is what originally caused me to leave Manjaro KDE two years ago for KDE Neon. I had to add a kernel parameter (i915.enable_fbc=0) to disable framebuffer compression, and I had to reinstall xf86-video packages to fix all of the issues.

I'm also dealing with a weird bug with Manjaro KDE's qtvirtualkeyboard that places the built in virtual keyboard at the top of the lock and login screens. It's supposed to be at the bottom. It also makes the virtual keyboard too big in Wayland sessions.

So everyone in this thread needs to be careful when they throw shade at other distributions, particularly KDE Neon. Manjaro KDE has a ton of issues. However, Manjaro/Arch has excellent software repositories and documentation. Even though I spent more time then I wanted dealing with some unexpected bugs and stability issues, setting up Manjaro KDE was way faster than KDE Neon because most of the software I needed was in the official repositories or AUR, and most things are well documented. I also didn't have to deal with any Snaps!

If Snaps weren't so damn slow (and followed your theme), they would great! Instead, the Snap version of a package takes 5-7 seconds longer to open than the normal version of the same package.

I "updated" the Spotify application in KDE Neon on one of my laptops over a year ago and was wondering why the latest version of the package took so long to run. It was about 5 seconds slower to start than the "older" Spotify package on my other KDE Neon based laptop. I took me a while to figure out that the newer version of the application was a Snap. I had to install a PPA to get a non-Snap version, which took less than one second to start.

Snaps are nothing but Ubuntu spyware. If I wanted to use spyware I'd be using Windoze. Not gonna happen, ever!!!

That's why i said that they are not in Manjaro

I did some tests, is easy to find out what are taken from you.

They are. Unless you remove them.

Well said! I basically agree with all the statements you made, and to echo your points; Claiming one distro is simply "better" than another is misinformed, seeing as all of them have their ups/downs, otherwise a). no one would be using it, and b). it probably would've died off by now. Cheers!

Spotify also was a pain-point for me when it came to snaps; After switching back to Manjaro and installing Spotify from the AUR, it was so snappy (pun intended) on open/close.